I just completed my first proper year of university! Only took me fours years!

Now I've got until September to work on my proofs and analysis preparation before my next module starts. -and looking at the schedule for my new module, I'll be needing as much preparation as possible. It turns out that (with December aside), there's an assignment due every month from October to May. Given that most of my assignments in the past have been 18 pages long on average and are typed in LaTeX, this concerns me a little bit...

All the more reason to be in the best position I can be for the start of my second (fifth) year! Argh!

So this is getting ridiculous. I know, I can only apologise. I'll write some maths on here at some point, I promise.

It turned out that the super-valuable forum post I had on the OU forums has now been deleted. Apparently if a post isn't pinned it gets auto-nuked after two months. So now all that valuable information is gone.

But let's not dwell on it. Especially when there's a new book looming!!!!! 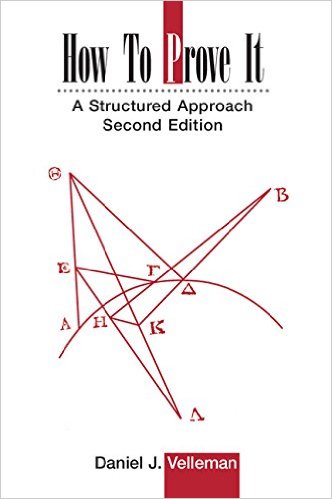 Now, despite the fact that I've read Lara Alcock's books about how to learn Analysis, and started Brannan's Analysis book (see earlier posts) I realised I was missing more foundation-level knowledge. How To Prove It by Daniel J. Velleman looks like it'll be the book to give it to me.  I remember it as being recommended on the deleted forum post, and the reviews generally are very very positive.

Already I've come to the end of the first (admittedly short) section and I can actually attempt all of the exercises! I totally understand everything he's saying and I really feel like I'm learning something with every page. At last!

More of a proper review of this on the way, but for the moment I'll be nose-deep in this for the next couple of months...