I decided to buy Flatland: A Romance Of Many Dimensions by Edwin A. Abbott. Glad to say I got exactly what I wanted out of it: a light read!

It mostly takes the form of a light societal allegory, using aspects of multiple dimensions and a little bit of philosophy thrown in there for good measure too. Though I feel it didn't take itself too seriously and did make me smile on occasion. Something this book doesn't do is help you think in four dimensions and higher, though it does make you think a little more about the dimensions we can visualise in our heads!

Entertaining all the way though, it's a great, light read should you be requiring one! 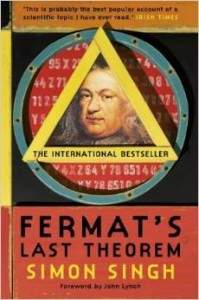